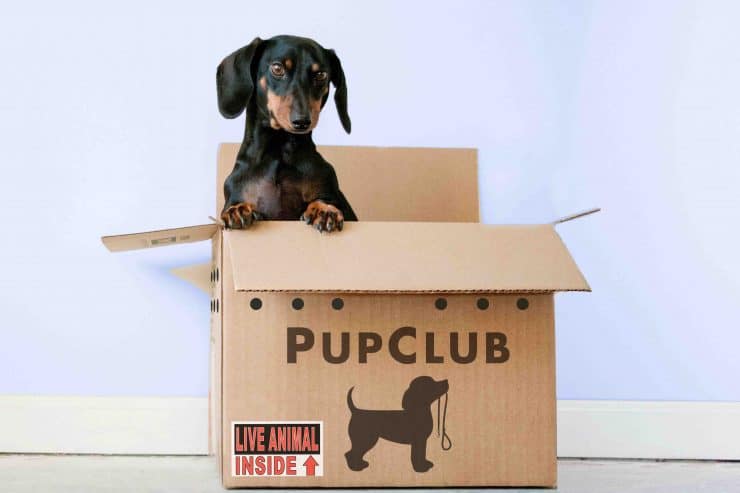 About the only real knock against puppies is that they don’t stay puppies for long.  But a new Silicon Valley startup is offering a solution:  just get another puppy.  PupClub, based in Santa Clara, is a subscription box service that promises monthly delivery of a cute new puppy to your doorstep.

The service has been in beta for several months, and is now rolling out in several Western states.  CEO Brad Gathers says the results have been overwhelmingly positive.  “The demand has been crazy, exceeding our projections.  Who doesn’t love the smell of puppy breath?  And with PupClub, that smell never goes away.”

Customers can choose from several packages.  The basic Hybrid plan delivers a mixed-breed rescue puppy each month.  The initial puppy arrives in a colorful, branded crate, accompanied by a substantial starter pack of accessories and supplies, including a leash, collar, and urine stain remover.

“As the puppies outgrow the collars and toys, the subsequent puppies delivered are able to repurpose these “hand-me-downs,” says Gathers.  “In that respect, it’s a very green business.”

While it might seem that a steady stream of dogs into a household could be overwhelming, Gathers insists that it’s actually easier. “Just like a couple’s first baby is the most challenging, we’ve found that once people get into the groove of housebreaking and training a puppy, the ones that follow are much easier.  It’s definitely an economy of scale thing.  You get the benefits of multiple dog ownership with a fraction of the effort.”

Additional plans offered include the Purebred Box, the Designer Box, and the Doodle Box, which features only breeds with “doodle” in their name.  Customers are free to return a puppy within 30 days of delivery, but Gathers says that is rare because they take great care to match the puppies to subscribers’ preferences.

Walt Jernigan, one of the service’s first subscribers, has yet to return a pup.  “PupClub knows our likes and dislikes.  Sue likes brown dogs, and I like em feisty!  Although that Cane Corso pup was a little too feisty, even for me.  Sucker took a chunk of my calf and gave me 32 stitches in return.  But we ended up re-gifting him to our niece for her birthday.  She’s a real dog lover, so it all worked out.”

So far, the service has been most popular with millennials.  Dierdre Malay, Marketing VP, says it makes sense:  “Millennials bore easily, so the novelty and surprise of a new dog every month keeps things fresh and interesting.  They also happen to be the segment most actively using our sister company, PupSit, a dog sitting and care service.”

Malay cites baby boomers as another prime demographic.  “Retirees have lots of time to commit to their growing packs of pups.  And for recent retirees just coming off of a full time job, the high level of responsibility can help ease the transition out of the workforce.”

Irma Rangor, 69, and her husband have received seven monthly puppies so far.  She says it has given them what she calls “a parenting do-over.”  “We love it!  Each puppy has its own challenges, but with experience we’ve been able to avoid making many of the same mistakes that we made when raising our children.  It’s like we finally can get it right.”

Unpredictability is a major emotional factor in the success of subscription box services, which have grown rapidly in the online retail space in recent years.  Laura Commons, owner of Commons Senses Marketing, says anticipation and the surprise factor is what makes these services so attractive.

“Anticipating the known and expected becomes routine and boring.  But anticipating the unknown can produce a very powerful emotion — just like gambling does, and what could be more unknown than a unique, individual life with a personality all its own?  It’s a huge dopamine rush that people get addicted to, and we are able to leverage that addiction into a healthy ROI.”

Gathers points out that the PupClub service is also emotionally easier on customers than traditional canine acquisition methods. “You don’t have to make decisions like which breed to choose, which pup from the litter to choose, or wonder if you made the right choice.  And you also don’t have to walk through the smelly shelter kennels getting bummed out by seeing all those helpless older dogs with their numerous medical and behavioral issues.”

Altruism also plays a role, as customers know that PupClub makes a donation to a dog cause for every order. “For each box, we provide a free vaccination to a needy shelter pup,” says Gathers. “Ironically, it’s usually one that we end up shipping out in a subscription box.”

Gathers is high on PupClub’s potential in the emerging niche, claiming that once the pups start coming, customers find it hard to say no to another. Rangor, who is currently waiting for her eighth puppy to arrive, confirms the addictive nature of the service.  “When that time rolls around each month, we start getting very excited.  It’s just like when you open a bag of treats and the dogs hear the rustle of the bag and start drooling.  Except here, we’re the ones drooling.” 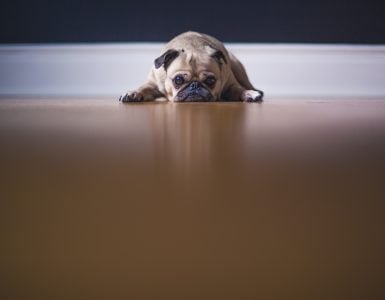 Relationship Advice: 10 Signs Your Dog Isn’t Into You Anymore

Sometimes the thrill is gone. Here are some telltale signs that your relationship with your dog may be in trouble. 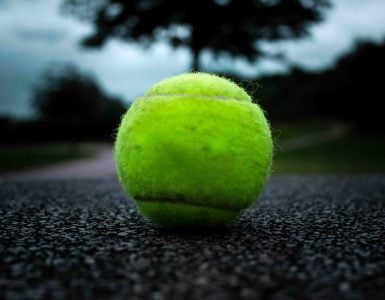 Dog Addicted to Fetch Insists He Can Quit Whenever He Wants

The retriever claims fetching is just something that he really enjoys, and that it is in no way an addiction.