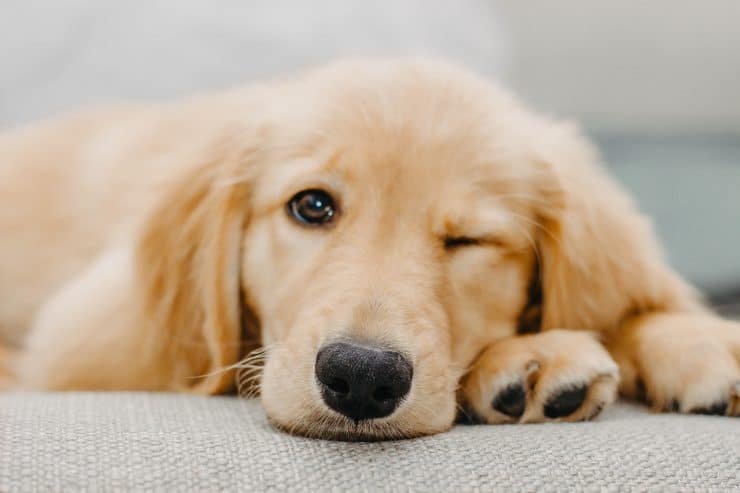 Dogs can wink intentionally or involuntarily, depending on the circumstances. While dog winking can be cute and harmless, it may also indicate health issues.

We all know that dogs, just like humans, make facial expressions. They can be either intentional or reflexive. One of these expressions is winking, which may come as a surprise to those who have dogs that don’t wink. Not all dogs wink, but many do. So why does your dog wink at you, and what does it mean?

Your dog may be winking at you to display affection, happiness, or to try to get your attention. Winking can also be a sign of submission. Some dogs rapidly blink one eye,when they are deeply engrossed in an activity that they enjoy doing. Also, certain health issues can cause a dog to wink involuntarily.

Display of affection, happiness, and attention-seeking are not the only reasons why your dog might wink. Dogs have quite a developed form of communicating apart from barking and howling.

Let’s look at why your dog is winking at you.

Reasons Why Your Dog is Winking At You

For dogs, winking is an adorable facial expression. There is a meaning behind every eye expression and gesture that your dog exhibits, so it’s best to try to learn them them. Winking, for instance, could be for any of the following reasons

When two dogs meet, unless they are familiar with each other, their first course of action would be to establish their place in the hierarchy of dominance. These positions are usually established very quickly through eye contact and subtle factual expressions like flashing teeth.  Just as licking the side of another dog’s mouth is a sign of submission, so is winking in certain situations.

On the other hand, when you stare at your dog, they will often simply stare back for a short while and then wink or cut the gaze. This simple act of winking is a sign of submission to you. Perhaps your dog sees you as the leader of a pack or is simply showing deference to you.

It is very rare for a dog to maintain eye contact with you for long durations since that is often a sign of aggression. If your dog stares at you without blinking, winking, or showing no sign of breaking the gaze, make sure that they aren’t showing other signs of aggression such as stiffness and pinning their ears back.

Dog Winking as a Form of Imitation

Yes, your dog will wink to imitate you. Similar to humans, dogs are natural copycats. They not only imitate what other dogs do but also what we do.

Interestingly, dogs only mimic behaviors that seem useful and are fun to do. Dogs are intelligent and tend to copy what their owners do. When your dog winks at you, it may be because they saw you do it and became fascinated. If you observe your dog keenly, you will notice a lot of behavioral patterns that are similar to or even mirror yours.

If you wink at your pet frequently, it should not come as a surprise if at some point your dog winks back at you. They are simply mimicking you. Dogs learn by observing and repeating; therefore, if you wink a lot, your dog is likely to copy this behavior.

Dog Winking as a Result of Health Issues

Unfortunately, sometimes, your dog’s wink may be a reason for worry. A dogs’ wink can also be associated with a health issue.

One of the conditions that can make your dog blink repeatedly is Entropion. This is a genetic disorder that is characterized by excessive winking, squinting, and blinking.

Entropion is common in dog breeds with short noses and plump faces, such as Chow Chows and bulldogs. This condition is a deformity which causes your pet’s eyelids to roll inwards and rub agains the surface of the eyeball, causing irritation, pain and immense discomfort.

If left untreated, Entropion can cause corneal ulceration. This can cause scarring of your dog’s cornea and, in severe cases, permanent eye damage.

Dogs such as the bulldog, retrievers, spaniels, Great Danes, and pugs are at risk of developing this condition. If you have one of them as a pet, be aware of any excessive blinking or winking.

Excessive winking by your dog could also indicate that they are suffering from Blepharospasm. Blepharospasm is the involuntary blinking or spasm of your dog’s eyelids and may occur because of an underlying issue.

A lot of people describe this condition in layman terms as an eye twitch. What causes this condition is the malfunctioning of the specific brain parts that control voluntary muscle function, such as those of the eye.

How serious this is depends on what is the underlying cause, so it’s a good idea to have a vet look at your dog if this condition persists.

Dogs are intelligent animals. Sometimes, your dog will wink at you to get your attention. If your dog has winked at you inadvertently in the past and you have rewarded them with attention and praise immediately, they can easily learn through this positive reinforcement that winking results in attention.

Dogs are keen to humans’ body language as well as being very resourceful, and will exhaust all avenues in their attempt to try to get your attention. If winking is a successful means to that ends, they will employ it.

What to Do When Your Dog Winks Excessively

Too much of anything can be a bad thing, and the same applies to a dog winking. Although this gesture is cute, it can be worrisome if your dog winks excessively.

While occasional winking is likely a learned behavior and nothing to worry about, excessive winking can be an indication of health issues, as mentioned above. If you notice your dog winking or blinking excessively, seek a veterinary consultation.

Dogs use their eyelids to blink and wink. A normal dog has eyelids on both eyes, with each having an upper and lower lid. When your dog winks or blinks, the upper lid should briefly touch the lower lid so that the eyes can shut for a moment. The primary purpose of the eyelid is to help protect the eye from harmful elements, dust, and debris.

However, if your dog has an abnormal eyelid where one side is shorter than the other, they may not be able to fully shut their eyes when winking or blinking. In these scenarios, your dog may need eye drops or artificial tears to help alleviate symptoms such as dry eyes and also maintain good eye health. Once again, your vet can advise you on these matters.

Understanding your dog’s body language is beneficial not only for behavioral reasons but also for health purposes. Knowing the answer to “why does my dog wink at me” may do more than just satisfy your curiosity. While having your dog wink at you can be cute and an indication of bonding between the two of you, knowing the reason for the behavior can also reveal possible health issues. 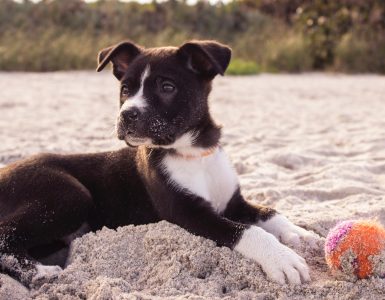 All puppies have lots of extra energy, and when that energy starts to subside is different in each dog. We look and when and how puppies calm down. 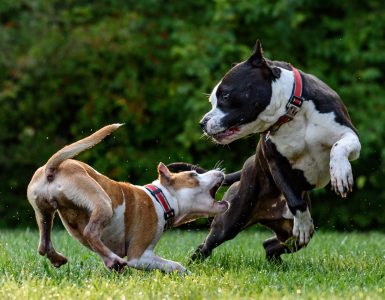 Introducing a New Dog to a Jealous Dog

Bringing a new dog into a home can upset your current dog, especially if they are the jealous type. Here is a complete guide to making the introduction and transition for all involved. 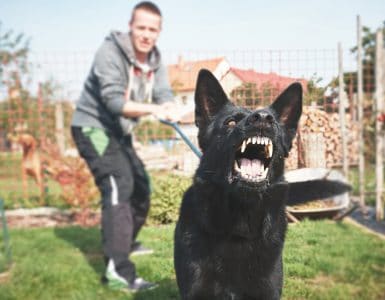 Dog Bite Statistics in the U.S. (By Breed and Other Factors)

While dog bites certainly regularly occur in the U.S., there is a significant difference between the perception and the reality of the statistics with regard to frequency, severity, and breed.