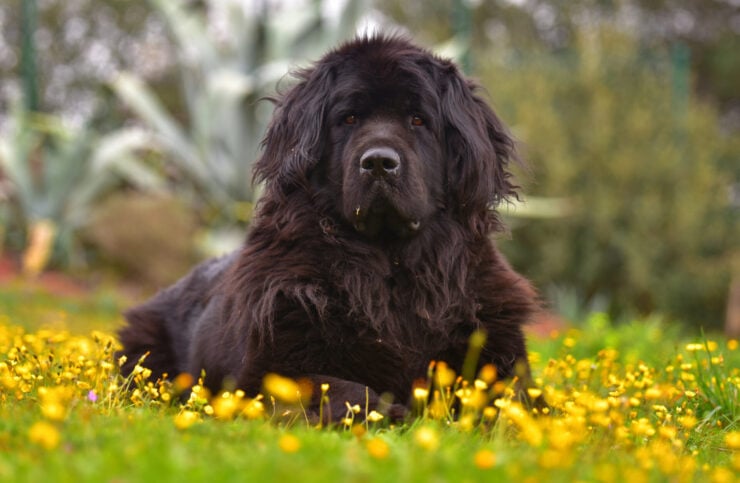 Are Bears Related to Dogs? Can They Mate with Each Other?

Many breeds of domesticated dogs resemble bears from the wild. Are the two species related? If so, how closely?

Bears and dogs on the surface share many similarities. They’re both mammals, walk mainly using quadrupedalism, and eat meat. And many dogs show certain strong physical resemblances to bears. But are bears actually related to dogs?

Bears are related to dogs through a common ancestor around 55 million years ago. They have since diverged considerably but still have features in common although they cannot breed. The domestication of dogs has also changed them significantly.

What Is the Link Between Bears and Dogs?

The practice of taxonomy gives us a good starting point when considering how similar or different bears and dogs are. If we consider bears, their scientific name depends on the specific species but they generally come under the family Ursidae.

The next level up on the taxonomic classification is the order Carnivora, and above that is the class Mammalia.

The class Mammalia is very large as it contains all mammals, which are vertebrate animals that share characteristics such as raising young on milk, hair, and many other features.

Carnivora does not necessarily mean that all animals classified as such are carnivorous, merely that they descended from carnivorous ancestors. Generally they are classified via tooth arrangement and other features such as muscles, coats, and body size.

There is even a suborder called Caniformia, which includes dogs and bears. This category is distinctive due to non retractile claws, the use of plantigrade locomotion (walking with feet on the ground) and many other features.

As both bears and dogs share the same class, order and suborder, we can expect them to have a lot in common. Indeed, it means they have a common ancestor at some time in the recent (geographically speaking) past, which modern bears and dogs both descended from.

Research from 2014 points to Dormaalocyon latouri, a long-since distinct arboreal (tree-dwelling) creature being one of the common ancestors of not only bears and dogs, but many other modern carnivores including lions, tigers and seals.

Resembling a, “cross between a squirrel and a small cougar,” this small mammal probably lived around 55 million years ago. Today, we only have parts of this long-dead animal including teeth, jaws, and ankle bones, but even these small pieces of evidence show a lot.

Any teeth will tell paleontologists, specialists in dealing with the life of past geologic periods through investigating fossil remains, much about an animals diet and lifestyle. The teeth of this ancient animal reveal a meat-based diet.

The big issue with finding fossils like this is the rarity of an animal being fossilized to begin with. There are many factors that must align, such as not being eaten by another organism, free from natural erosion or bacteria, and then the fossilization process has to occur.

When Did Dogs and Bears Diverge?

Looking at other animals in those respective families as well as how genetic testing is used to determine the genetic distance between these two species brings up some interesting conclusions.

While dogs and bears have a common ancestor, the time that has elapsed between that common ancestor and the current paradigm of bears and dogs has seen the two separate and distinct species arise.

It’s not accurate to say that dogs and bears split up, but rather that they shared a common ancestor at some point. This common ancestor was neither a bear nor a dog, but many factors such as geographical isolation caused the two distinctive lines to arise.

In effect, this makes dogs and bears no more related to each other than bears are to cats, or dogs to cats.

It is important to also consider the huge impact that the domestication of wolves has had on the trajectory of both species. Dogs are just domesticated wolves, and selection pressures put on the species by humans has resulted in a huge diversity of dog breeds and traits.

Can Bears Mate With Dogs?

Bears and dogs cannot mate. Among many incompatible issues, dogs have 78 chromosomes to a bears’ 74. The common ancestor they share has since split into many different lineages, well before the split to the bear lineage and dog lineage.

Successful mating and breeding requires a few necessary conditions. While the definition of species can change, it does often contain a stipulation that animals of different species cannot breed with one another.

This definition is mainly attributed to Swedish naturalist Carl Linnaeus. Known as a botanist, zoologist, taxonomist, and physician, he is famous for formalizing the binomial nomenclature during the 1800s, the practice of using two Latin grammatical names for species.

As scientists have done more research, it has been found that an inability to interbreed does not always hold true. There are many animals of different species that can breed and produce offspring. This offspring may be sterile, such as a mule or liger.

However, even mules have been found to produce foals, and female ligers have been known to reproduce. Ligers in particular will not happen organically; they need to be in effect forced to breed. Lions and tigers won’t normally be in the same geographic area in the wild.

If you think about this issue genetically, it’s possible that certain animals are so closely related due to their separation from a common ancestor quite recently, then they share enough of their genome to mix successfully, as well as produce fertile offspring.

An interesting illustration of this is the study of two species of crows in Germany. While they prefer to mate amongst their own species, sometimes they will interbreed and produce offspring.

The scientist in charge of the study published these findings in 2014, stating that a comparison of the carrion and hooded-crow genomes revealed that the genetic lines are almost identical.

The crows boast a genetic sequence of about 1.2 billion characters that contains differences in just 82 DNA letters. It is this difference of 82 that appears to separate the two groups, all being in a section of a single chromosome.

Bear Mistaken for a Dog

In 2018 in China, a family bought a puppy while on vacation , thinking it was a Tebetan Mastiff. When the dog reached 250 pounds and was walking around on its hind legs, it occurred to the family that their pet may not be a dog.

Sure enough, it was confirmed to be a bear and taken to a wildlife refuge for care. So some dogs really look like bears.

So despite their many similarities, it is safe to say that bears are not related to dogs, at least they haven’t been for millions of years. While your chocolate lab may resemble a small brown bear, or your Samoyed might resemble a miniature polar bear, there is no direct connection between the different species. Which is probably a good thing if you value your safety! 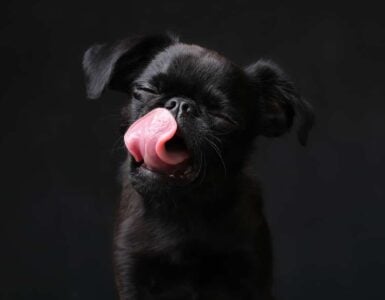 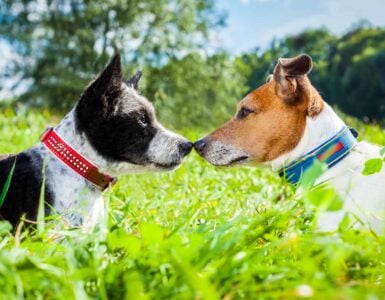 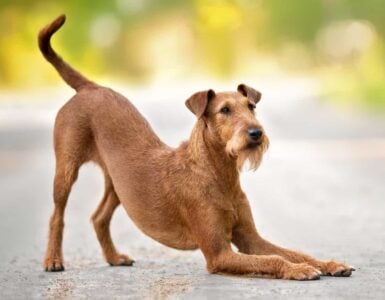