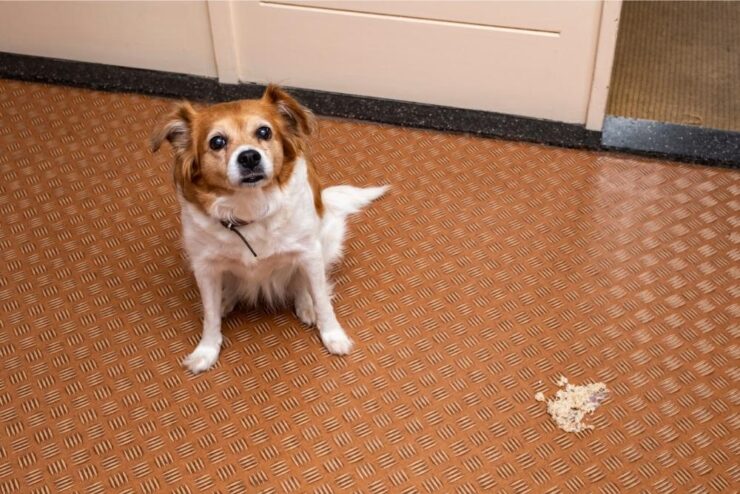 Why Do Dogs Eat Their Vomit? Is It Bad for Them?

The cutest dog can suddenly become the grossest dog when they eat their own vomit. We look at the reasons for this and what to do.

Most dog owners have had the displeasure of seeing their dog eating their own vomit at some point. But why do they do this?

There are several reasons why your dog may eat their own vomit. To them, it’s just food. They also may find the smell appealing, it could be their scavenger instinct kicking in, or it may even be a territorial behavior.

Let’s explore the logic behind your dog deciding it’s a great idea to eat their own vomit, and whether this is something that you should be worried about.

Spoiler alert: a lot of this time the behavior is due to instinct.

Contents show
1 All About The Smell
2 Acting On Instinct
3 Food Aggression
4 Dogs Are Scavengers
5 Learned Behaviors
5.1 Puppies Eat Regurgitated Food
5.2 Dogs Eating Vomit to Clean Their Habitat
6 When You Shouldn’t Allow Your Dog to Eat Their Vomit
7 Frequently Asked Questions
7.1 Should I be worried about my dog eating its vomit?
7.2 Does my dog eating its vomit mean that I am not feeding it enough?
7.3 Why does my dog eat another dog’s vomit?

All About The Smell

As disgusting as this might sound, when your dog vomits – especially right after eating – they actually smell things in it that we as humans cannot.

Visually, we just see that it looks gross and we do not really think about the various smells going on. Our human inclination is to clean it up.

But, if your dog has been sick because they have eaten too quickly or something has not agreed with their system, they can smell things in the vomit that you cannot. Your dog will be able to smell the original smells and flavors from its food. Yes, your dog has a pretty sharp nose.

The simple answer is that your dog might eat their vomit because to them, it smells enticing. Of course, if a human were to do that then it would be absolutely disgusting and unheard of.

But dogs do not have the same social awareness as humans. And they definitely do not find their vomit as gross as we do.

A lot of dog behavior is them following their instincts. In this case, their instinct is telling them that if something smells good, then they should eat it. So a situation where your dog has just vomited and eats it is surprisingly normal.

Dogs simply aren’t as discerning about what they eat as we are, and they certainly don’t adhere to our social codes, either. So to them, they are simply eating an additional meal that has presented itself.

It would be nice to think that our dog is actually doing us a favor and cleaning up the mess for us, but that’s not the case. If it were, we could also expect that they would vacuum our floors and wash our windows as well.

Food aggression, which comes under the broader aggression category of resource guarding, is when a dog gets aggressive in an attempt to protect its food.

In a scenario where a dog has just vomited, the dog might initially ignore it. But when you go to clean it up, the dog senses you getting closer to its meal and becomes possessive. They may give a warning growl at you to stay away from their valued food, and then quickly start wolfing down the vomit so you can’t get it.

So instead of eating the vomit out of hunger or taste, in this case they are eating it as a way of possessing this high value food item and not letting you or anyone else have it.

For this reason, you have to be careful in these situations if you have a food aggressive dog. Usually, you will know that your dog has food aggression from its prior history of behavior — whether growling when you near its food bowl or even a prized bone or toy. But food aggressive dogs can bite if they fear their food is at risk of being taken away from them.

To your dog, their vomit is a potential food source that is going to waste, and in a dog’s world wasted food is not good. They do not want to miss out on an opportunity to eat food. This is part of their nature.

Even though you may feed a dog regularly and provide multiple treats throughout the day, many dogs will still eat anything that becomes available. A great many dogs are still wired to instinctively eat at any opportunity.

This comes from their wolf ancestors, who are opportunistic scavengers in the wild. So what we see as a disgusting puddle of vomit, they see as an unexpected meal.

And wolves in the wild can’t be too selective about their food sources. If desirable, highly nutritious food is not available, they will settle for anything that is.

As well as this behavior coming from their ancestral wolves, your dog’s instinct to eat their own vomit also comes from their mother.

Young pups in the wild eventually reach a growth and development stage where they stop feeding on their mother’s milk. Instead, the pup gets food directly from their mother.

Wolves feed their young by going out and finding food, eating it, and then coming back to their litters of pups and regurgitating the food for them to eat. So vomit is a perfectly natural food source to them.

Some domesticated dogs will do this with their puppies as well to soften the food so it is easier for the pup to chew and digest.

To your dog, their pile of vomit will be a pretty rich food source – and so this is not necessarily a behavior you need to worry about aside from its vulgarity.

Although we joked about their desire to clean up the vomit as a favor to you, dogs actually will make an effort to clean up their immediate environment, including by eating their vomit.

Just as dogs won’t soil their own den where they sleep — the whole premise behind crate training, they will often eat their vomit if it is in close proximity to them. They don’t want to sleep in their vomit any more than you would.

When You Shouldn’t Allow Your Dog to Eat Their Vomit

The only time you need to worry about your dog eating their own vomit is if they have vomited due to sickness or due to eating something toxic. This is not something that you would want your dog to re-ingest because it could end up causing them more harm.

Likewise, if your dog vomits up an object such as a piece of a toy or a stick that could cause an obstruction if swallowed, you must get it away from the dog before they can eat it again. This can create an issue if your dog is food aggressive.

In this case, try to entice the dog with something else like a treat or the promise of a walk or anything else that might distract them from the vomit. Get a leash on them or out into the yard as quickly as possible so you can control them from eating their vomit.

Should I be worried about my dog eating its vomit?

Like humans, dogs will vomit at some stage in their lives. You should only worry about them eating their vomit if there may be something in their vomit like a toxic substance, rotten food, or a foreign object — none of which you want your dog to eat again. In any case, monitor them closely for other symptoms as there is a reason they are vomiting. Dogs that vomit repeatedly should be seen by a vet.

Does my dog eating its vomit mean that I am not feeding it enough?

No, this is not what this means. Dogs are scavengers and their instincts are to just eat as soon as they get the chance. This comes from their innate opportunistic feeding instincts, it is behavior that is hard wired into their genetic makeup.

Why does my dog eat another dog’s vomit?

A dog eats another dog’s vomit for all the same reasons it eats its own. It smells good, it’s a feeding opportunity, or its protecting the vomit from others just as it would protect a bone or toy. 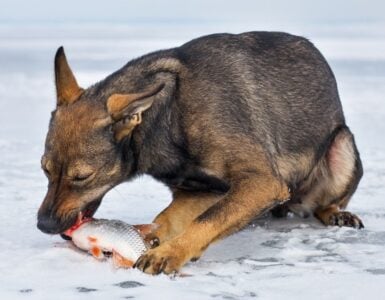 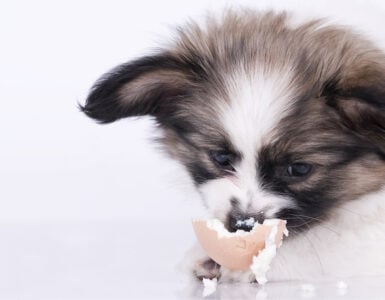 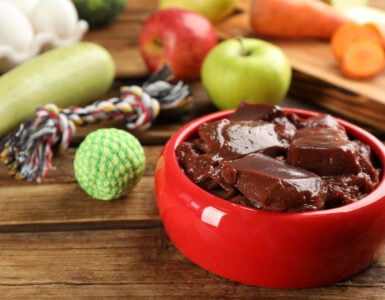