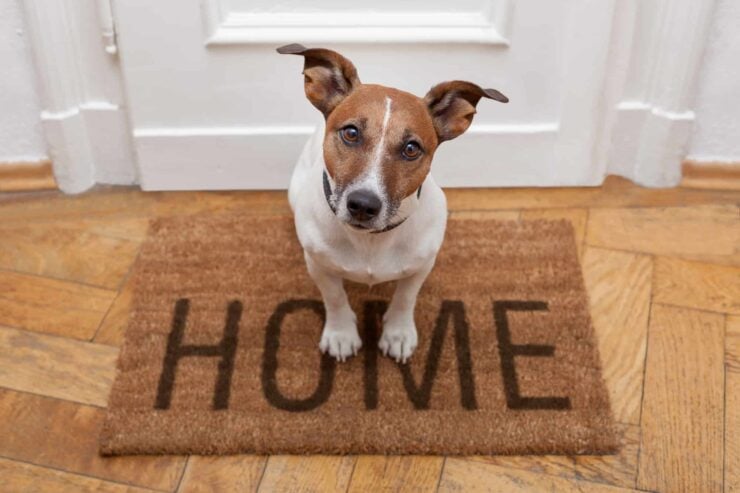 How Long is a Day for a Dog?

When we leave our dogs at home each day, how long do they think we are gone? An hour? A day? A week? We examine dogs’ perception of time.

Because dogs’ life spans are so much shorter than ours, it’s natural to wonder how they perceive time compared to us. Does a day feel much longer to them? Do they get bored when they know they have a certain amount of time to pass and very little to do? Do they feel like they are wasting time when they are not active?

Although humans may grapple with philosophical questions about the nature of time, it is very unlikely that dogs do. Nonetheless, it is clear that dogs have some sense of time because they remember people and can predict certain actions.

Contents show
1 How Long is a Day for a Dog: A Time Based on the Concept of Dog Years
2 A Dog’s Perception of the Length of a Day: Time as Memory and Patterns
3 How Long is a Dog’s Day: Time Perceived Through a Dog’s Senses
4 Conclusion

Humans view time in a linear perspective — we remember events as part of a sequence or from a particular day, month, or year. We remember our day as a series of events. Many experts believe that dogs depend on associative memory — they remember events as they relate to another event, action or sensory perception such as a smell or sound.

Instead of remembering their day as a series of events, their memory will be prompted by an associated event — for instance, when you bring out their leash, they associate that action with walks they’ve taken and remember in that way.

Though dogs may not have the same ability to perseverate on the past as we humans do, memory itself is inherently tied with a sense of time; dogs just process it differently.

With all that in mind, here are a few theories about how dogs might perceive the length of their days, in no particular order.

How Long is a Day for a Dog: A Time Based on the Concept of Dog Years

This theory builds on the conventional notion that one human year equals roughly seven dog years. From there, a 1-to-7 conversion could be applied to time: 1 “human minute” equals 7 “dog minutes,” 1 hour equals 7 hours, etcetera. Thus, it could be said that a whole 24-hour regular “human day” would equal a week in “dog time.”

If we approach this theory with the assumption that dogs experience daily needs similar to those of humans, we might wonder if our dogs are receiving enough food, entertainment, and companionship to fulfill their daily needs within a 24-hour day. However, that exact line of thinking reveals this theory’s primary weakness: most dogs’ needs are met within their owners’ regular schedules, which run on “human time.”

Additionally, the notion that one human year equals seven dog years is just a simple way to conceptualize a dog’s life expectancy. A dog’s rate of aging depends on many factors, including breed and size, with smaller dogs maturing faster but typically living longer than larger dogs.

With that in mind, it is interesting to consider the idea that smaller animals perceive time as passing more slowly than larger animals, according to a 2013 study. Larger dogs’ lifespans are typically shorter than those of smaller dogs, which could align with differences in their perceptions of time. Puppies and adult dogs may also perceive time differently, though differences in activity levels and stimulation needs may have more to do with developmental milestones than boredom.

Whether perceptions of time between different dog breeds differ or not, though, it is unlikely that dogs perceive a day’s length as exactly equivalent to a week. So fear not: your dog doesn’t require a week’s worth of food to be satisfied in a day (though many of them would happily suggest otherwise!).

And with the exception of some high energy working dog breeds, the vast majority of household pet dogs sleep at least 12-14 hours a day and as much as 20 hours. This is considerably more than humans, both in real time, and even more so in theoretical “dog time.” It’s probably safe to say that dogs don’t feel like a human would if they slept for well over a week at a time.

A Dog’s Perception of the Length of a Day: Time as Memory and Patterns

Unlike humans, dogs remember things in an implicit fashion. Rather than racking their brains to remember exactly what time they were fed lunch yesterday, dogs instead rely on an innate understanding of when that usually happens within certain periods of time, a trait likely influenced by their circadian rhythms.

This can be illustrated through a dog’s response to the end of Daylight Savings Time: according to the clock, an hour is “gained,” but your pet is likely to begin thinking it is breakfast time an hour earlier than what the clock says.

Even so, patterns likely inform a dog’s memory even more than an inherent sense of time passed. For example, if you take your dog out for a morning walk after waking up, then feed them breakfast, the dog will likely expect to be taken for a walk once you’re awake, then fed when you both return home.

This reliance on patterns and implicit memory may also explain why dogs are so happy when their owners return home. Though some absences may be expected (e.g., an owner gone for work), a dog’s life largely revolves around their owner, and when they’re gone, it is possible that a dog may suffer some separation anxiety; when the owner is back, patterns fall back into place, and everything is right again.

How Long is a Dog’s Day: Time Perceived Through a Dog’s Senses

A third theory and another potential way patterns might inform a dog’s sense of time is through its senses of sight, hearing, and smell. Seeing and hearing might inform the dog about when certain events are likely to happen: for instance, hearing your car approaching the house is likely to make your dog excited to see you, and if you come home around the same time every day, it is likely that the dog will anticipate your arrival.

The perception of time through smell is a theory highlighted in research scientist Alexandra Horowitz’s 2016 book Being a Dog: Following the Dog into a World of Smell. Because dogs have senses of smell that are much, much stronger than those of humans, there is a wealth of information dogs have access to that we do not.

Though dogs cannot definitively tell us whether or not this is true, it is very possible that dogs can track time through the strength of scents. When their owners leave—even for just a couple of hours—dogs may be able to sense how long they’ve been gone by the intensity of the smell of their owner.

For instance, if you are routinely gone for 8 hours every day, your scent will be strongest just after you leave, and will slowly dissipate throughout the day. Your dog’s keen sense of smell may recognize that you always return when the intensity of your scent diminishes to a particular level every day after you have been absent for 8 hours. That then becomes associated with your imminent return.

Dogs may also be able to tell when an owner is coming home by the smell of their car returning. With such sensitive olfactory capabilities, a dog doesn’t necessarily need the car to be as close as the driveway to know it is on its way. The same is true for the sound of the car.

So, then, how long is a day for a dog? While it would be nice to be able to just ask a dog how they perceive time relative to humans, we will likely never really know. Nonetheless, it is clear that they have a sense of time, even if they process it differently than us.

Just remember the next time your dog gets excited when you get home that, whether your dog thinks you have been gone for an hour or a month, they are happy to see you and present in the current moment. What more can you ask for? 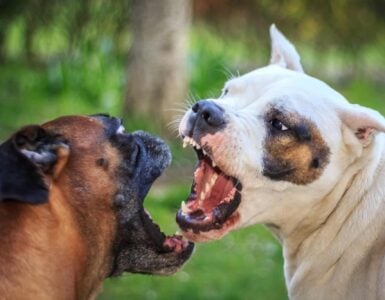 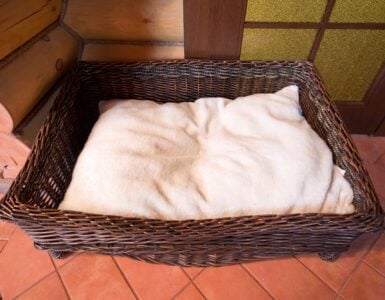