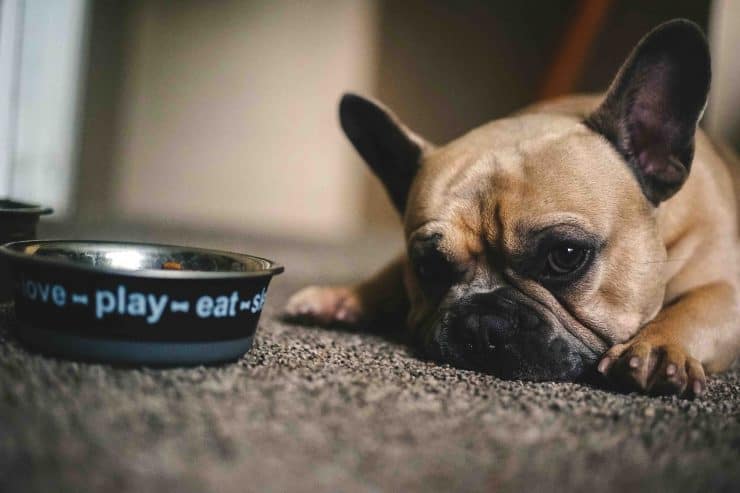 How Long Can a Dog Go Without Eating?

While there are a number reasons a dog may stop eating, many of them can be serious and should not be ignored.

A dog refusing to eat can be alarming for an owner.  Not eating can be the result of a number of factors, but serious illness is one of them.  If your pup has lost their appetite and won’t eat, it is important to figure out why, or at least find a way to get them eating again, as a dog can only live for a limited time without eating.

A healthy dog can usually survive three to five days without eating.  If the dog is also not drinking, they fall into risk of dehydration sooner than that.  Dehydration is a serious and potentially fatal condition, and must be addressed right away, as it often poses an even more immediate and dangerous risk to a dog than starvation.

A dog that is not healthy, old, pregnant, nursing, or a very young puppy may not be able to survive without food for as long as a healthy dog with none of those conditions.

Just as with humans, food provides a dog with the necessary energy to keep its organs functioning.  And while the body has ways of storing this energy for use between meals, there is a limit to how long that stored energy will last.  When these reserves of energy become depleted, the dog’s organs can stop functioning properly and efficiently, causing illness and even death.

If your dog refuses to eat for longer than a day, it is a sign that something is wrong with them, whether medical or not, and requires your attention.

Contents show
1 Reasons a Dog Stops Eating
1.1 Medical Issues and Sickness
1.2 Medications
1.3 Emotional Issues
1.4 Bad or Spoiled Food
1.5 Change of Food Brand or Recipe
1.5.1 How to Change a Dog’s Food
1.6 Other Reasons Your Dog May Not Be Eating
2 How to Get a Dog To Start Eating
3 How Long Can a Dog Go Without Water?
4 Encourage Your Dog to Drink
5 Dehydration
6 Conclusion

There are many reasons that a dog will suddenly stop eating, but illness is one of the most common and serious.  There are various medical conditions that can lead a dog to refuse to eat, including:

If your dog has not eaten for more than a day, you should contact your vet to rule out a medical issue.

As with humans, medications can have a number of side effects, including appetite suppression.  If your dog has recently started a new medication, check with your vet to see if a loss of appetite could possibly be attributed to the med.

While you can also check the medication’s manufacturer’s website for possible side effects, it’s usually a good idea to speak with your vet who prescribed it as they should be able to give a better answer to whether the med might be the cause of your specific dog’s issues.

Dogs are also susceptible to emotional issues such as anxiety, depression, and stress.  Most of us have seen dogs respond negatively to thunder, fireworks, an absent family member, or other emotionally troubling events.  There are numerous other causes and triggers for emotional issues, and a loss of appetite is a common symptom of these conditions.

If your dog stops eating and you have ruled out a physical illness, a mental issue could possibly be the cause.  It’s important to determine whether there has been any recent change in the dog’s environment.

New noises, lack of human or dog interaction, or a new member of the family (human or canine) can all cause stress, anxiety, or depression.

Many mental health issues are treatable, whether by changing or eliminating the cause, increased socialization, or through medication.

In our experience, this happens more frequently than one might expect.  We had one dog who would periodically start vomiting after eating when a new bag of his same food was opened and fed.

Even though you may be feeding the same brand and recipe of kibble or other food, the source and ratio of ingredients often change from bag to bag.  While the ingredients may technically be the same and listed in order of percentage, there can be widely varying sources of these same ingredients (for instance, we have often noticed the color of a particular brand of kibble changing from bag to bag).

Dog food can also become contaminated with bacteria or fungi.  This can disrupt a dog’s digestive tract.

While we tend to think that dogs “will eat anything,” they are smarter than that and often will not eat the same food that has gotten them sick.  Also, their sense of smell is so powerful that they may be able to smell rancid or contaminated food that humans are not able to detect.  So it’s possible your dog is refusing to eat because of a bad batch of food.

If you suspect your dog’s food is spoiled or contaminated, stop feeding that food and contact your vet.  They may suggest you attempt to feed from a replacement batch.  Better to sacrifice some food than to sacrifice your dog’s health.

Change of Food Brand or Recipe

This is a very common cause of a dog not eating.  Suddenly changing a dog’s food can disrupt their digestive system, often resulting in a loss of appetite.

How to Change a Dog’s Food

We can think of few reasons to change a dog’s food when their current food is working (unavailability of the old food, vet’s recommendation or prescription, physical reaction to old food or suspected allergies being among them), but if you must, always be sure to make the transition gradual.

To switch foods for a dog, roughly follow the following schedule:

This gradual transition will be less jarring on your dog’s digestive system as well as on their palette if they are picky eaters.  If they are super picky or have very sensitive stomachs, you may have to stretch this transition out over more days.  See how your dog responds and adjust accordingly.

Other Reasons Your Dog May Not Be Eating

There are a host of specific situations and conditions where a dog may not want to eat.  These include pancreatitis, which affects a dog’s digestive tract, post-surgery, where many dogs won’t eat for several day, Parvo, a disease most often seen in unvaccinated puppies, organ failure, and cancer.  All of these require the attention of a vet.

How to Get a Dog To Start Eating

There are a few ways to find out if your dog is just reluctant to eat versus flat out refusing to eat.  You can offer the dog their favorite treat, and if they usually eat kibble, try giving them canned food.

You can’t force a dog to eat, but sometimes enticing them with a higher value food can get some sustenance into them.  If a dog will eat treats or a different food, perhaps they are just being picky or there is a problem with their current food.

Of course, if a dog refuses to eat for more than a day, consult with a vet.

How Long Can a Dog Go Without Water?

Technically, a healthy dog can live without water for up to three days.  However, if the dog is ill or very young, this duration is shorter.  But dehydration is potentially fatal, and any dog that refuses water for a day should be seen by a vet immediately.

Encourage Your Dog to Drink

Sometimes your dog is willing to drink, but may feel lethargic or unwilling to make the effort if they are sick or otherwise compromised.  You can try the following to try to get some fluids into them:

Pedialyte.  Dilute it 50-50 with water.  The new taste can often spark enough interest in a dog to get them to drink, and the electrolytes contained in it will help rehydrate the dog quicker.

Chicken Broth.  Again, the flavor may induce your dog into drinking.

Canned Dog Food.  Because canned dog food contains mostly water, getting them to eat it will also get some fluids into the dog.

Ice Cubes.  Sometimes, ice cubes will interest a dog and act to “prime the pump” as their mouth gets wet and encourages drinking.

If your dog stops drinking, dehydration will eventually occur.  Symptoms of dehydration include loss of appetite, dry gums and nose panting, lethargy, and poor skin elasticity (you pinch a fold of their skin/fur and when you release it, instead of falling back to its normal state, it remains folded).

If your dog has diarrhea or is vomiting, dehydration can occur more quickly as fluids are lost.

Dehydration can be fatal, so after a day of not drinking, definitely consult your vet.

A dog’s refusal or reluctance to eat or drink can indicate a serious matter and should not be taken lightly.  A healthy dog cannot go more than three to five days without eating, and no more than 3 days without drinking.  But it’s best to address the matter well before those limits, when treatment still has a chance to be successful. 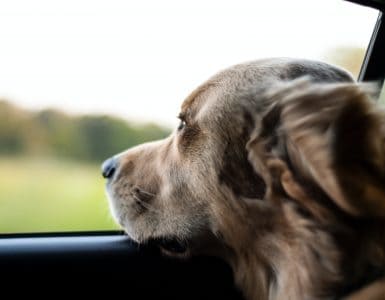 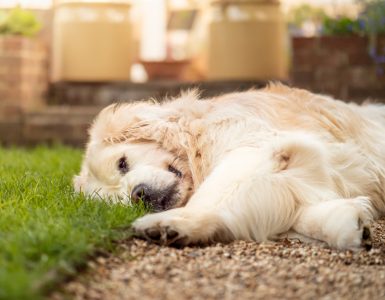 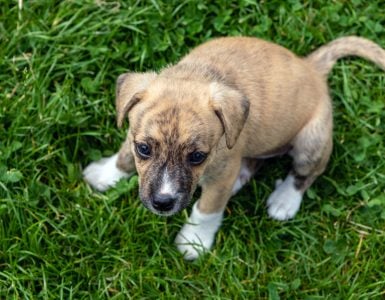