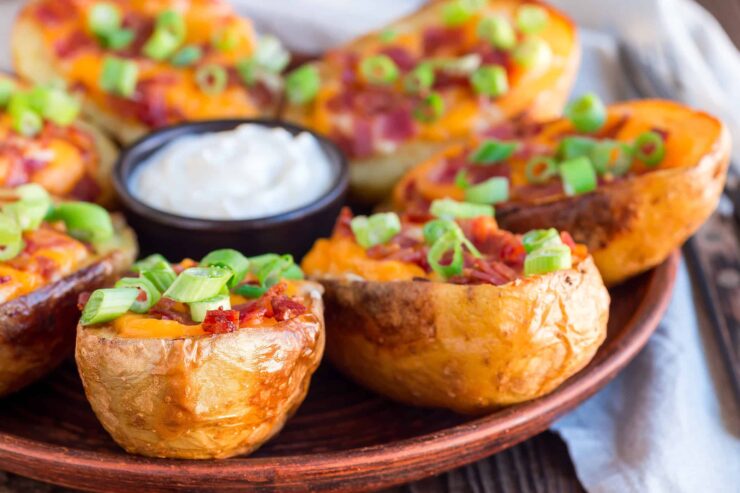 Can Dogs Eat Potato Skins? Are They Safe?

While potato skins are generally safe for dogs in small amounts, we’ll tell you why it’s probably a good idea not to feed them to your dog.

Dogs love yummy snacks as much as we do, and even well-trained dogs will sit and stare when you’re sitting down with a plate of tasty, aromatic grub. It’s tempting to share our own food with them, and we often wonder what is and isn’t safe for them to eat. So, can dogs eat potato skins?

Dogs can eat potato skins, but it’s best if the potatoes are cooked and unseasoned. Potatoes contain glycoalkaloids and oxalates, which are potentially dangerous to your dog. Therefore, it’s recommended not to make potatoes a major component of your dog’s diet.

We’ll go through potatoes’ nutritional and toxic content and explain their benefits and downsides to a dog’s diet. Finally, we’ll look at tips for cooking potatoes so you can still treat your dog, as well as some other reasons why potatoes should be a treat rather than a main meal.

Are Potatoes Safe for Dogs?

Potatoes are safe for dogs in general, although they should be appropriately prepared.

Potatoes are nutrient-rich vegetables that contain many vital vitamins and minerals.

The main components of potatoes are vitamin C, potassium, carbohydrates, protein, fiber, vitamin B6, and iron. A medium-sized potato with the skin on will provide around 30% of the recommended daily vitamin C intake.

Potatoes are soft and won’t pose a chewing hazard for dogs, particularly if cooked.

Regular white potatoes are unlikely to cause a risk to your dog, but you should never feed them raw potatoes due to the risk of poison from solanine.

Any cooked potatoes fed to a dog should be counted as a treat and not part of their main diet. A rough rule of thumb is that cooked potatoes shouldn’t form more than 10 to 20% of their treat diet or calorie intake.

Their cooking can take almost any form, whether baking, boiling, or frying. While you should avoid giving fried food to your dogs, as long as the potato has gone through some extended period of cooking or boiling, that should be enough to remove most of the solanine.

Given the content of potatoes, if your dog has issues like diabetes, then large amounts of potatoes are not a great idea.

Vitamin C plays a vital role in your dog’s immune system. Vitamin C can help collagen formation and immune functioning and supply your dog with helpful and potent antioxidants.

One of the best outcomes of taking vitamin C is that it will stabilize or eliminate free radicals in the body. Free radicals are atoms that have an outer shell that is not full of electrons.

If these shells are not full, it can cause the free radical atom to join another atom. This is because these free radicals will be attracted to electrons in other locations.

This becomes an issue as while stable atoms don’t cause many health problems, free radicals are, by their very nature, unstable. In order for the free radical to gain these extra atoms, they will react or catalyze very quickly with other nearby substances or atoms.

This becomes an issue when oxygen molecules split into single atoms, which will quickly form into unstable free radicals and begin a process called oxidative stress, causing harm to an organism’s cells.

Are Potato Skins Dangerous for Dogs?

While potatoes have many great vitamins and nutrients, potatoes also contain solanine and oxalates.

Solanine is also known as a steroidal saponin. Their total effect on dogs is not as well-known as their impact on humans, but too much solanine is not healthy for either.

Raw potatoes contain a compound called glycoalkaloids. This compound is visually identifiable by the green patches that can are seen on potatoes. It is also present in many other members of the nightshade family, including tomatoes.

The two types of glycoalkaloids present in raw potatoes that pose a risk to both dogs and us are solanine and chaconine. While these substances play a useful role as an insect repellent, solanine should not be consumed in large quantities.

These toxic substances are present on the skin as well as throughout the whole potato.

The process of cooking the potatoes will significantly reduce the amount of these substances. As a rule, you should never eat raw potatoes or feed them to your dog. However, cooked potatoes pose a very low risk of solanine poisoning.

If you notice your dog showing signs of food poisoning after eating potatoes, particularly raw potatoes, you should immediately take them to a veterinarian. In most cases, it is not fatal, especially if the dog is medium to large.

Smaller dogs may suffer from the effects more, but inducing vomiting will help flush out the toxic substance, and most pets will make a full recovery.

The usual signs of potato poisoning are diarrhea, breathing difficulties, excessive drooling or swelling of the mouth area, shaking, and dizziness. Dilated pupils or sudden shifts in body temperature can also be a sign, with more severe cases involving seizures or paralysis.

Potato skin has a very high concentration of oxalates. Oxalates are compounds found in many plants that act as a defense mechanism to stop the plants from being eaten. If ingested, oxalates can be absorbed into the bloodstream, where they can cause metabolic imbalance and/or kidney failure.

Over 80% of kidney stones are formed by calcium oxalate, which develops in the body after ingesting foods like spinach, rhubarb, rice bran, buckwheat, almonds, and potatoes.

While your dog’s immune system may take care of any oxalates ingested, it is still not a good idea to have a large intake of foods high in these antinutrients.

In the end, the waste processing inside your dog’s body will try and excrete the oxalic acid via the kidneys, causing toxic buildups.

While it is always enjoyable to share a tasty snack with your pup, and a small amount of cooked and unseasoned potato skins are relatively safe for your dog, there are plenty of safer alternatives to give them as snacks. And unless you find that your dog has eaten raw potatoes or a large quantity of any kind of potatoes, there is likely little reason to be concerned. As always, if you aren’t sure, always check with your vet. 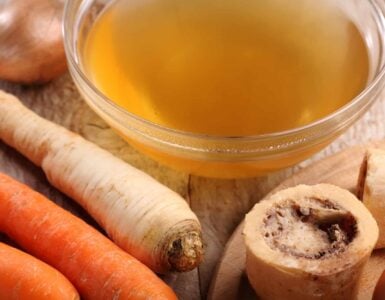 Lots of fantastic claims are made about the positive effects of bone broth for dogs. We look at whether any of these have merit. 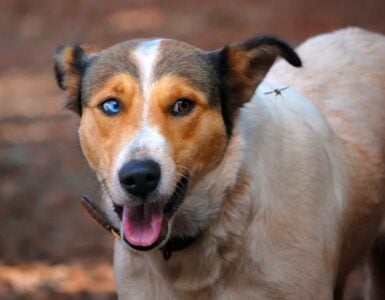 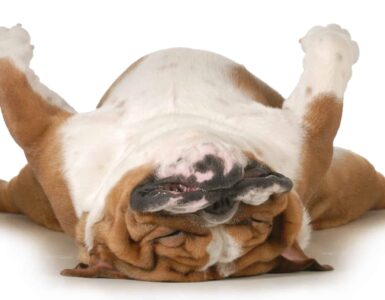 My Dog Ate a Melatonin — Is it Dangerous?

Dogs, just like children, sometimes eat things they shouldn't out of curiosity. We look at the risks of a dog eating melatonin.